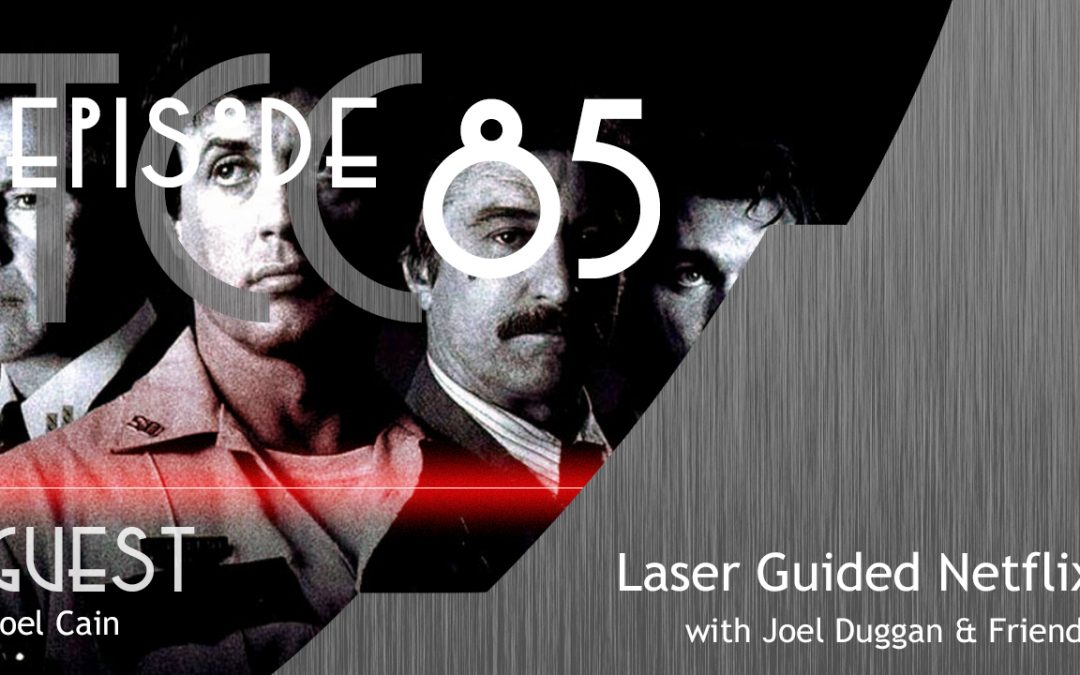 Joel Cain has comedy on the brain. From stand up to writing comedy to making your friends laugh, he’ll tell you what has been consuming his free time. Joel (Duggan) snags an oldie but a goodie on Netflix and we touch on the latest product announcements from Apple.

If you’d like to contribute to the show – or be a guest – be sure to drop us a line via Gmail or Twitter.

Finally finished up season 1 of Transformers Prime and saw the first three episodes of Season 2. And I think I’m starting to agree with you about the human animations being very simple. Before I let it slide and said it was just a kids show so I didn’t mind, but seeing Jack in that astronaut suit as he went to cybertron really made the plastic feel come through, and I kinda went, “Huh… maybe Joel was right”. Especially when compared to the robots who are beautifully rendered. Even the level of detail that goes into the way their eyes move, shows that all the attention goes to the robots.

I also tried watching an episode of Transformers: Beast Wars recently, and man, that show did not age well at all. It’s still fun, but wow. I have to keep reminding myself that this was cutting edge 17 years ago.

Holy shit I just realized Beast Wars is almost two decades old. I think I need to sit down now.

The Citadel Cafe is recorded live every Wednesday night at 8PM Eastern time on JoelDuggan.com/live.

You can email the show or send us a voice mail (.mp3 format, 1-2 minutes) to thecitadelcafe@gmail.com.

Don’t forget to leave us a fancy five-star iTunes reviews. It’s the best way for our podcast to reach new listeners.

Our friends Jocelyn (@GISgamer) and Ryan (@RMurphy) do The Gamers’ Inn Podcast on Amove.tv every Friday night at 8:30 PM Eastern.

Thanks for listening! Joel, Paton & Friends