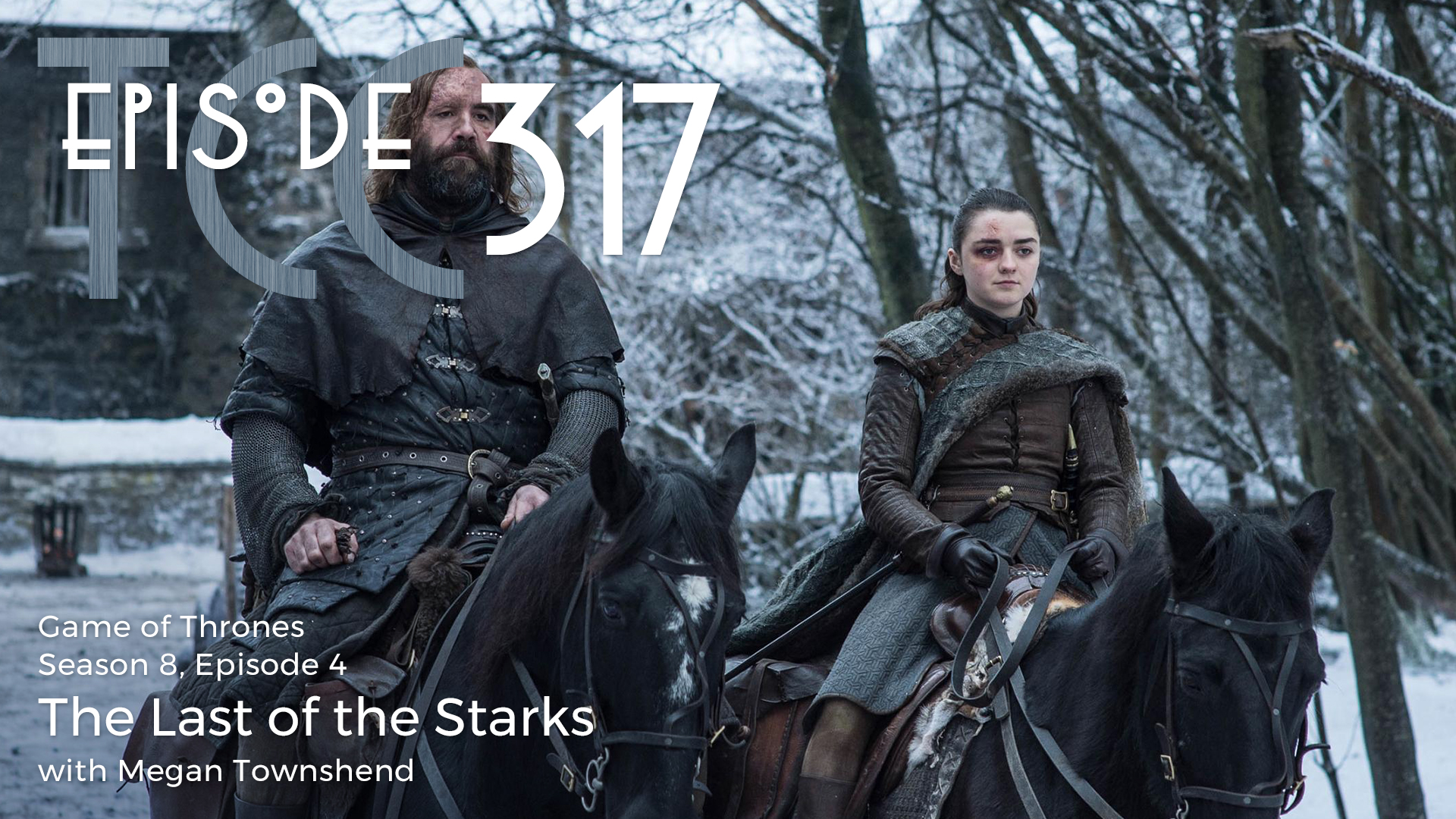 Megan Townshend is here to dissect the fourth episode of Game of Thrones this season “The Last of the Starks”. They say if you don’t have anything nice to say, don’t say anything at all, but that would make for a pretty boring podcast.

The survivors mourn and burn the dead.

Jaime and Brienne become lovers. To protect her position as queen, Daenerys wants Jon to conceal his true parentage.

Bronn arrives to kill Jaime and Tyrion for Cersei, but spares them in exchange for Highgarden.

Jon reveals his Targaryen claim to Sansa and Arya, swearing them to secrecy. Wanting Jon as king, Sansa tells Tyrion, who informs Varys. Varys and Tyrion debate whether Jon or Daenerys is a better ruler. Jon passes Ghost to Tormund, who returns north with the Wildlings.

Cersei refuses Daenerys’ demand to surrender and has Missandei beheaded by the Mountain, angering Daenerys.