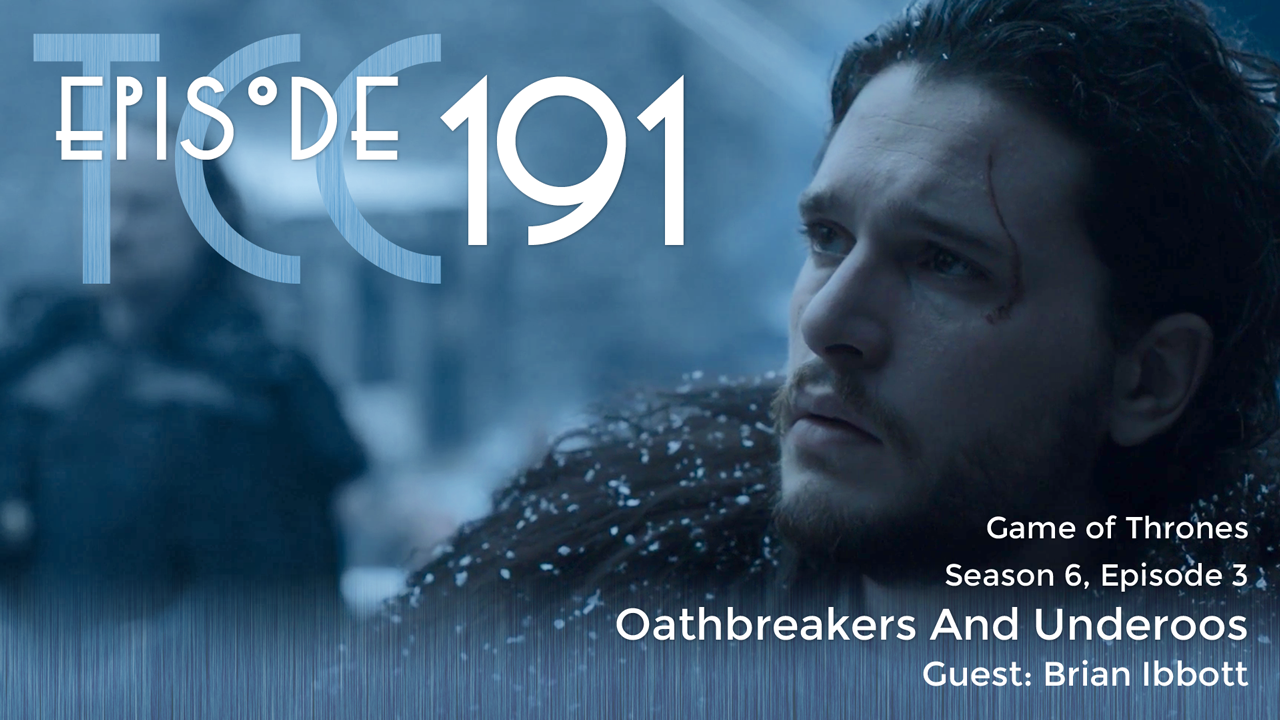 Brian Ibbot of Coverville and the upcoming Soundography podcasts stops by the cafe to talk about Captain America: Civil War and how great is is to be a Marvel comic universe fan these days. Don’t worry, no spoilers! We do however get under the ramparts of Game of Thrones, Season 6 Episode 3, Oathbreaker. Oh, and who doesn’t love a good 3D printer?

Jon Snow reveals himself to the wildlings and executes Alliser Thorne, Olly and the other officers involved in his assassination for treason. He leaves Castle Black, leaving Edd in charge of the Night’s Watch.

On a boat on their way to Oldtown, Sam states his intent to leave Gilly and her baby with his family at Horn Hill while he trains to be a maester.

In a vision, Bran sees his father and Lord Howland Reed kill Ser Arthur Dayne at the Tower of Joy in Dorne.

In Vaes Dothrak, Daenerys is brought before the Dosh Khaleen. Varys discovers the masters of Astapor, Yunkai, and Volantis have been financing the Sons of the Harpy.

In Kings Landing, Tommen converses with the High Sparrow while Jaime and Cersei interrupt a small council meeting, only to be shunned by Lord Kevan and the Tyrells.

Arya trains rigorously with the Waif and her sight is returned to her once she has accepted herself as “no-one”.

Lord Umber asks Ramsay for help in protecting the North from the Wildlings, bringing Rickon Stark and Osha as a gift.