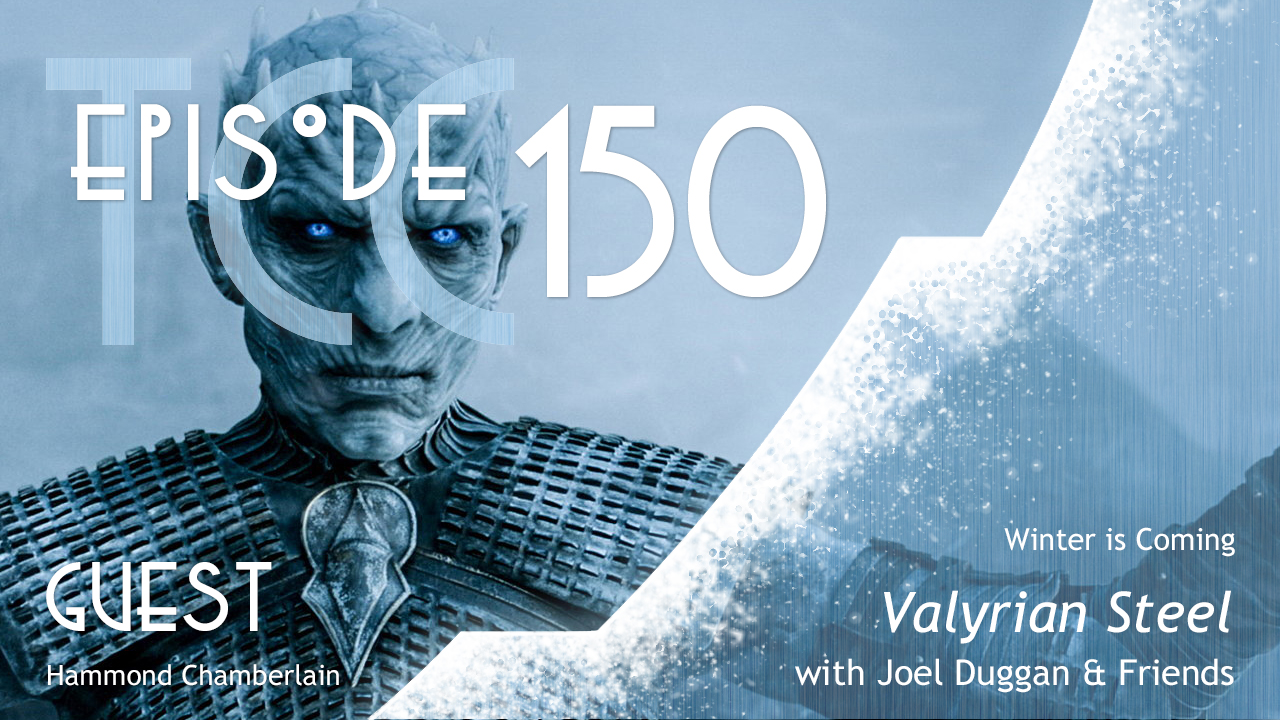 Hammond Chamberlain picks one hell of a week to discuss the latest episode of Game of Thrones. Joel has finally started watching Agents of S.H.I.E.L.D. Swords, dwarves and spies, road warrior and reggae.

Episode No: 150
Episode Title: Valerian Steel (alt. The Wheels On The Bus)

“Lannister, Baratheon, Stark, Tyrell, they’re all just spokes on a wheel. This one’s on top and that one’s on top and on and on it spins, crushing those on the ground. We’re not going to stop the wheel. I’m going to break the wheel.” – Daenerys Targaryen

You can listen to The Citadel Cafelive on Alpha Geek Radio when each episode is being recorded, even when you are away from your home computer. Point your mobile browser to mobile.alphageekradio.com and tune in to Channel 1 at show time. You can also install the TuneIn.com app for additional mobile features. Simply search for “Alpha Geek Radio” within the app.